News
You are at:Home»Headlines»Pepsi Challenge regarding the design of its iconic can
By Chantal Le Roux on 18 April 2015 Headlines 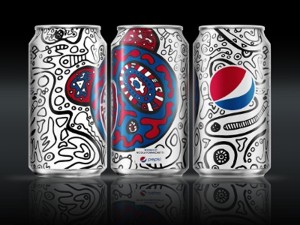 One thing Pepsi never did with its original Pepsi Challenge was alter the design of its iconic can. But it’s a whole new world now, and even the Pepsi container is no longer off limits.

In fact, in the new version of the Pepsi Challenge, the brand is giving consumers the “extraordinary opportunity to re-envision” the can with their own designs in the “Live For Now” Design Challenge, according to a PepsiCo press release.

The company has been promising a whole raft of culturally relevant, digitally oriented initiatives under the Pepsi Challenge for the rest of the year, since it launched a revival of the theme of its old taste-test campaign in March.